When All Sing The Same Song 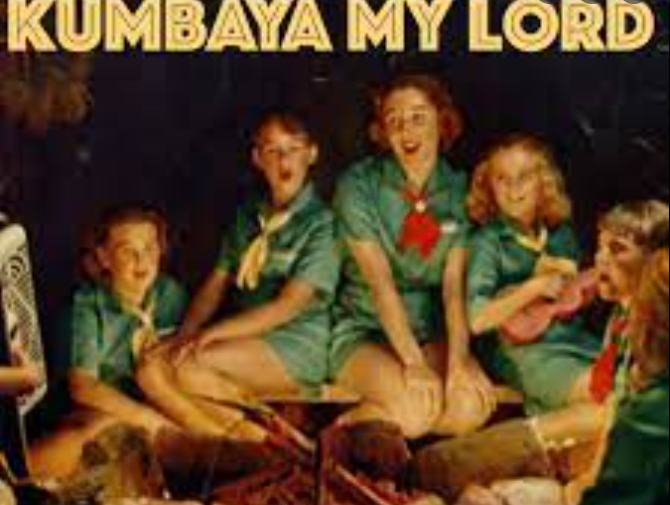 How often do we find right and left, big and small, agreeing on a matter? Politicians, think tanks, foundations, non-governmental organizations (NGOs), the intelligence community (IC), bloggers, tweeters, and grifters – they all agree; Putin is bad. In the 1930s there was no universal agreement that Hitler was a bad man, many held to the idea that Stalin was a hero until the 1950s, each of these men could be shown as evil to any that would see. And, yet, with scant evidence of the sort available then, we hear in unanimity that Putin is evil. Go read what major newspapers wrote of both Hitler and Stalin early on and compare that to what they say of Putin. Evidence and facts were available to them in the 1930s. Now we rely on them quoting each other or unnamed intelligence officials, or worse, 'former' IC shills.

Does the fact that everyone that claims to be an expert, holds power or is paid to think and write sing the same song bother or concern you?

We are told that Putin is evil and the ‘facts’ to support this consist of the people that say he is evil told us it was so. It is rather circular and becomes self-referential as groups cite the claims of others that agree with them to make the point. As evidence, we are provided examples where his intelligence services may have performed acts that literally all intelligence services perform, those in the West included. We are told he is a Machiavellian, a pragmatic realist that does not believe his own words. We are told many things, but what concerns me is the unison in which the theme is repeated, by all sides.

The Christian Bible tells us that we might know a man by his fruits, commonsense tells us the same thing, actions speak louder than words. In the case of Putin, and Russia more generally, most of the negative (most) originates in what Western intelligence agencies and geopolitical analysts tell us he and they are doing. We have the word of our spies and their handmaidens in policy groups and think tanks; their word.

We are told Putin is undemocratic. What import does that slur have? Is democracy a sacred concept, provided from on high by God almighty himself? Statists in the West would have us believe so. There is nothing new under the sun, human nature remains true in all circumstances. That is an axiomatic truth that many refuse to accept. When Plato, and later Aristotle pondered government and man’s relationship to government they succinctly covered the entire gambit of possible systems, outcomes, and problems. There has been no improvement, foundationally, on their discussions; only minor variations of flavors. Democracy is perhaps ideal, under a set of conditions and circumstances, but not superior. Any form of government can be beneficial or harmful. History is replete with examples of people that were governed better in systems that were not democratic than the circumstances we find in many Western democracies. We are fools to fall for the lie that democracy is sacred, it is only as useful as the people that use it.

Yes, Putin is undemocratic, he views himself as a leader of a civilizational culture, and within that framework, his government comports to the traditions, values, and systems that culture is historically accustomed to. Calling him undemocratic and believing that has merit is foolish; it demonstrates the worldview of the speaker and the flaws therein. It also indicates they may not have read or understood Huntington.

An example of the sort of narrative building that is so prevalent can be found in a piece by the Center for Strategic & International Study. As a bipartisan organization, their words on Putin are a fair representation of the whole of what we are told by the mainstream.  [The Kremlin Playbook 3].

If one has discernment and a proper Christian and traditional Western Civilizational Worldview, you come away from the article with two conclusions. It is objectively evil, and it represents the anthesis of all that was good and noble in the Western Tradition. They paint Putin as unrepresentative of that tradition, as a purveyor of falsehoods that attempts to speak to true conservatives in the West; and deceive them. It is objectively evil because despite the fact that Putin’s national security strategy seeks to focus on the very tenets of Western traditionalism, the authors would have the reader believe the West has moved past those anachronisms. It is a lie, well told, the authors master comas and wordplay, but they are unrecognizable as thinkers stemming from the Western tradition.

Oh, some argue, they are products of the Enlightenment, and that is Western; indeed. What they have written is precisely where the West is, and Putin, and by extension, Russia’s internal and external policies are in conflict with that. There was much wrong with the enlightenment, and those with commonsense and discernment see the fruits all around us – men of goodwill know.

Let’s call a spade a spade: This simply verges on crimes against humanity under the banner of progress

The writers of the article above would suggest he is merely playing to an international audience, he does not really mean it, he is pandering. They would have us believe that even if he believes his own policies it is an anathema to the West. A diagram from the referenced article

The major flaw of the argument against Putin centering his internal and external policies, based upon traditional values and tenets that are true and have been true and central to Russian and western culture, is the silent denial that the West too spreads something akin to a religion, that our worship of Enlightenment ideals, taken to an absurd extreme, has the very taste and smell of a religion.

A few years ago, after Georgia's failed Color revolution, we sent over 'cultural engagement teams' to try and 'get things back on track'. These teams included US military chaplains that were supposed to engage with Orthodox clergy and build rapport. Putin was doing the same thing, sending Russian Orthodox clergy down. We sent evangelicals from denominations that support western cultural values (social gospel types). It was a disaster. The Georgian clergy knew full well the objectives of the color revolutions and some of the policies pushed. They rejected our chaplains almost to a man, called them, and their denominations, out and rejected them. [Russia Explained]

Progressivism is no less a religion at this point than Christianity and the West routinely exports it as a tool to effect regime change and secure spheres of influence. It is hypocritical of our intelligence agencies and their media lackeys to accuse Putin of doing what we do, and then proclaim him dangerous. What the discerning, moral reader must decide is obvious; which approach is best, which religion is true?

When the West pivoted from realism and traditionalism, the road to absurdity was clearly present; it simply took a few generations to manifest. [The Rise of Absurdity in Western Philosophical and Political Views]Taken to an extreme, freedom becomes license and justice is unachievable because true justice requires ultimate truth. Progressivism, detached from any traditionalism, divorced from truth was always, by logical extrapolation, going to end in authoritarianism. [From Radical Progressivism to Authoritarianism] This is now the religion of the West, the religion we export to others as a means of geopolitical control – the minions that serve this religion dare judge Putin.

We [Russia] will be guided by the ideology of healthy conservatism

These sound very Burkean, a reasonable, sensible approach to governance that accepts that things change, that systems and technology progress, but gives weight to what came before. What is better, abandoning history and traditions and rewriting all with emotional idealism – we have seen that and its results in history – or moving forward by knowing where we came from?

Finally, some will say, "yes Putin says good words and acts on them, but he attends the WEF, so he must be with them.” Perhaps, it is possible Putin is merely playing a role. It is also possible that he understands he lives in a neighborhood and they control the homeowners association. Not attending means you have no voice, and storming the room is not an option. When I read the words of his 2021 speech at the WEF I see a man subtly calling out their agenda, and stating a position. He could be part of something more nefarious, but he has acted true to his words up to this point, which is not true of any Western politician, all of whom seem to be compromised in some way.

It concerns me, this constant chorus of “Russia and Putin bad’, has taken hold, far and wide. it is doubly concerning that it comes from all corners. It is organized, bipartisan, and coordinated. If Putin is who he says he is and stands for what he says he stands for, what does it say about those that coordinate so to paint him as something else? Would that not be a good sign of real evil at work? Those that consider themselves patriots believe if a foreign power opposes the actions of our government, the patriotic thing to do is go along. Governments do great evil in the name of the people; ours is no different.

I do not believe Russia, in the current drama, will invade western Ukraine; it will not cross the Dnieper. There is no need to expend the Russian army attempting to take all of Ukraine because Russia already won this round. If war comes, or more specifically expands to beyond the east - and the Western apparatus is right now beating the drum loudly for an expansion - I suspect it will be instigated by the West. Russia’s army is essentially a fleet-in-being, good for a campaign, Putin has already demonstrated resolve and capability and the fragility of NATO – he will not cross the Dnieper. Not unless the West organizes it, and I suspect they will not, but who can know these things.

If Putin is truly who he says he is, if he truly stands for values and principles that built the West, war will come, someday - perhaps only the skullduggery type combined with economics but a war nonetheless. The West represents existential evil, we have become decadent and evil and we are ruled by puppets of evil. If Putin is what he says he is, the armies of Sauron will eventually crush him, through words, slander, and perhaps assassination or outright war.