What the Experts Deny about Ukraine 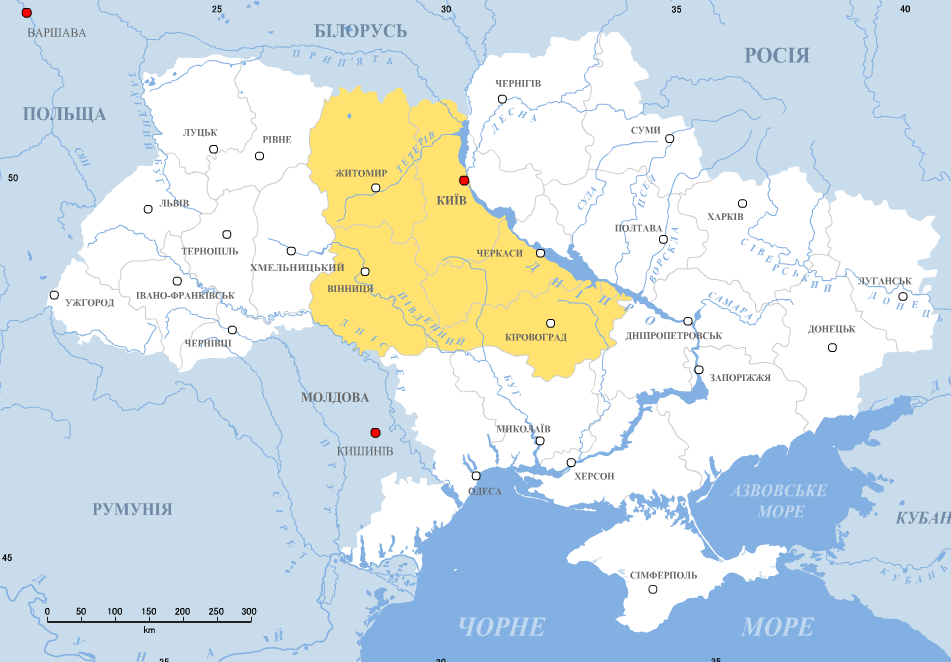 If you look and listen closely, review some history, and critically think, you will notice that everything surrounding Russia and Ukraine is part of something else. It is a pretty fair representation of group-think, ridicule, and propaganda that dominates all discourse, but particularly all the important issues.

The bulk of what is currently being written in the West, by analysts, experts, and armchair pundits hold several key tenets as axioms.  The first of these, ‘Putin is a Machiavellian realist that has latched on to elements of nationalism and traditionalism to support his quest to hold and expand power.’ There could be truth in that, Putin may personally believe none of the words he uses, he may care nothing of the principles and concepts he proclaims to champion. It would not be the first time that a man has taken up a cause that he does not believe just to secure power. But is that a sufficient explanation - "Putin power-hungry, Russia bad"?

Every time that Russia acts on the world stage, even when it is to the good, we are reminded by experts of the standard assessment of Putin’s personality. If Russia thwarts Turkey in Syria, aiding our former allies after the US left a vacuum, it surely must only be a ploy, because, after all, he must be a bad man and Russia must be an imperialistically motivated nation, seeking to exert influence on all the nations that border it, save perhaps China, and that is another story.

Listening to a Spaces discussion last evening, a question was posed as to how the US would view Russian meddling in Mexican politics. One of the panel members, a minor journalist for an organization I have never heard of almost fell out of his chair attempting to hit unmute so he could proclaim that was a silly and unserious question. But fundamentally, is it?

An axiom accepted by most that write and talk on this subject is that only Russia interfered in Ukrainian politics, if there was a color revolution or coup attempt it was only the Russians that made serious efforts to effect it. It is preposterous to accept that as a fact, to begin analysis from that point. Those that see the absurdity of this axiom, but proclaim the common message,  give lip service to the influence and efforts of Western NGOs and intelligence agencies, but at the same time downplay them – these were there supporting democracy don’t you know.

Many start the discussion from the standpoint that Ukraine is historically a nation, and that the current borders represent the territory of that nation. This is not so; the current territory of Ukraine was created as a political-administrative subdivision of the Russian Empire. Culturally, there has been a significant difference in right bank and left bank Ukraine, as divided by the Dnieper River. It is more correct to say 'the Ukraine region' than Ukraine” realistically, a region, not a unified nation at this point. One would have to go back to 1648 and the Cossack Hetmante to find an example of an independent Ukraine. The Ukraine region is the home of origin of the Rus, the Russian culture will never banish it from the collective heart. This is not to diminish the fact that a strong Ukrainian nationalist movement and sentiment has existed in western Ukraine (right bank) since the early twentieth century. There exists much division, east, and west, with different languages, cultures, and histories. Ukraine, as currently configured territorially is not a nation, not a people group with commonalities. By beginning the analysis of the current situation by downplaying these historical facts and differences is to deny that the lukewarm civil war there is organic and natural. It must be many will argue, the effect of unnatural outside influence. Outside influence notwithstanding, these cultural, linguistic, and historical differences are important and do drive the conflict as much as external activities. Without the reality of the difference, the external would have little chance of success.

If Putin is merely a pragmatist, leveraging the spirit of a people, catering to traditionalists that oppose the bill of goods the West has sold to western Ukraine, and attempted to foist upon Georgia and perhaps Belarus and Kazakhstan we have to ask, why is the underlying sentiment of those he represents not included in the product of most analysts? Stated more plainly, if we are to accept that the popular narrative about Putin is correct, is there no value in assessing the motivations and desires of Russians and Russian-adjacent peoples in Russia’s near-abroad, those it is claimed he merely caters to? If it is stated, as an insult, that Putin sees Russia as the heir to the Byzantine Empire might we ask what the Russian Orthodox church and traditional Russians believe? Might we find no historical evidence that within the Russian mindset there is a belief, based upon real events, that they are in fact the heirs to that legacy? Perhaps more in a general sense than open conversation, but this is real.

After the collapse of the Soviet Union, two seminal articles were published in Foreign Affairs, each laid out a vision of what future conflicts would look like, what the friction points would be.

Francis Fukuyama argued that we had reached the End of History and the Last Man, that the future would see the rise of democracy, that after a period of struggle and resistance this would usher in relative peace and tranquility. He was optimistic that the principles of the enlightenment had won, reason and liberty would prevail, and that the West, as victors would usher in a new order by exporting democracy to the world.

Samuel Huntington in The Clash of Civilizations and the Remaking of World Order argued that the demise of the bipolar world would reveal cultural divides, he identified seven, possibly eight civilizational cultures that would struggle for power, control, and survival in the world to come - Western,  Latin American, Islamic, Sinic (Chinese), Hindu, Orthodox, Japanese, and African. Huntington predicted that future conflicts would occur along fault lines, places where two or more civilizations meet and compete.

Neither analysis proved completely accurate. Huntington did not envision that Western Civilization would adopt an ideology that would devour its civilizational culture, turning it into something historically unrecognizable. Fukuyama did not understand how wrong he was about the ability of an ideology to be exported to cultures that were ill-equipped to embrace it. He was correct in his prediction that future conflicts would center on resistance to his new normal, the ascendance of democracy, the US fought wars for over two decades in that effort to no positive result.

As geopolitics has developed since those ideas were written in the early 1990s, we find a world in which four civilizational cultures have become self-aware, and have recognized a Huntington world; Chinese, Orthodox (the Russian culture), and to a lesser degree, Japanese and Hindu. African and Latin American cultures have failed to coalesce as a unifying force, they may yet still. Western culture self-destructed, it ceased to see itself as Western, it became a collection of nation-states dominated by ideology. The only unifying principles being self-benefit and the expression and export of progressive ideology, of democracy, without any of the foundational tenets that made those ideas possible in the west; none of the traditional thoughts, none of the real morality, none of the core principles, only nebulous ideas, idealism, and ideology.

It is impossible, therefore to analyze the situation in Ukraine without understanding the ideas that shaped foreign policy in the West and Russia. It is foolish to begin an assessment of this in 2004 or 2005 or to merely paint a caricature of Putin. A real and historic fault line exists along the Dnieper, a people group that believe they are part of a civilizational culture live along the left bank of that river and specifically in Donbas. Putin may or may not truly believe his words about his culture, but he is speaking to something that exists, something that the culture believes. The West did meddle in eastern Ukraine, the ideology was exported there and it had an effect. This is not to say that it was not leveraging real nationalist sentiment, but it is dishonest to talk of meddling in Ukraine and not admit that the very real fault line there has been exasperated by both sides.

This region symbolizes the effects of geography on the history of the people that live there almost as well as any other example. It demonstrates the elements of a pure form of geopolitics that academics understood before people with journalism or political science degrees began to appear on the scene and explain the world to us.

Was it a “silly and unserious question”, the one asked last evening by a participant in that Spaces call, to ask how the US would view Russian interference in Mexican politics?  What if the Latin American culture Huntington identified became self-aware, what if the fault line along the Rio Grande became a focal point of conflict? Would it be such a silly question to ask? These are not impossible hypotheticals.

Why then, we must ask, are almost all of those that consider themselves, serious, experienced, informed analyzing the situation similarly. Why would the third-rate journalist emotionally respond to a logical question with immediate denial? Bias, comfort, and group think perhaps. The United States government has long maintained a foreign policy that aligned with Fukuyama’s vision. Intelligence agencies have done the grunt work of providing the ‘facts’ required to paint the world in such a way to support that vision. Real dissent was squashed long ago. And, some truly believe, still, despite abject failure, that exporting democracy is a noble thing, no matter how often it fails, how many wars it ignites, and how much it costs.

Ukraine is incredibly complex. There are real Ukrainian nationalists in the west, real civilizational cultural Russian traditionalists in the east. Western intelligence agencies and their proxies in NGOs and media outlets did things and injected venom into the chaos and Russia did the same. There is a very real Huntington fault line centered around the Dnieper. It is not nearly as simple as “Putin is a Realpolitik Machiavellian and Russia bad”, and yet unironically, at the core of it, that is the general consensus of the “experts”. In a very real sense, that Huntington Fault line is hotter than it ought to be because the west has extended the culture war to the Dnieper. I suppose the experts would say that is silly and unserious too, and they would do so angrily or with ridicule, because they know or should know it is true, but they would be ridiculed for admitting it.

Who pushed first in all this? With talk of expanding NATO to Russia’s border, attempting to push western ideology into their homes. Why are so many ‘experts’ unwilling to analyze this region honestly?

Despite protestations by armies of sock puppets promoting war against Russia, the true egg in this chicken scenario is much closer to home and relates to over half a century of soft-power expansionism by the West.

One thought on “What the Experts Deny about Ukraine”