Existential Moment in our Color Revolution 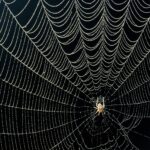 Something about the Revolver News story implicating FBI involvement in the events of 1/6 in DC has troubled me deeply. Deeper than my realization last April that we were observing color revolution methodology being used on Americans inside the United States.

There is much we cannot know, we can only observe and speculate, and I will try here to merely observe and ask questions and leave out speculation. I am also not impugning either Tucker Carlson or Darren Beatle. I cannot know what I do not know about their intentions. But two significant questions immediately come to mind.

Color Revolution-  is a type of systemic political corruption in which private interests, often aligned with government officials, significantly influence a state's decision-making processes, subverting the rule of law and fundamentally altering both the balance of power and the ability of real opposition to compete politically. Propaganda, psychological operations, and controlled media are generally utilized. (more)

There is more to this than the details. Common sense and knowledge of recent history inform one this happens, it is reality.

What does this mean? What are the implications of people waking up? Is this intended to lead to a pushback that can be crushed? https://t.co/moKdsBE1zT

First, Darren Beattie was the first person I am aware of, that got traction with an audience, to come out last year with an observation that we were undergoing a color revolution. He was certainly not the first, his articles on the subject were about six months behind the first indicators, but he was the first to get national attention. He appeared on Tucker Carlson’s show and outlined his observations.

If one believes that it is true that color revolution methodology was in play, then it logically follows that the implications of that are enormous. Almost nothing else matters. A complex campaign, operating at the scale implied means state actor involvement, it means significant portions of the government are involved and major institutions (like media) are also involved in some way. If one looks at all the dots, sees the connection, and then sees the methodology being applied in almost doctrinal precision, it is impossible to come away with anything more than a sense of shock and awe. None of the small details matter beyond supporting and building the narrative that this was occurring and occurred.

Yet, soon after Beatie made the rounds and Twitter focused on the subject for a bit, with instant experts in geopolitics and color revolutions pontificating, it all went away. He essentially stopped talking about the elephant in the room. [see 1 below]

Second, and do not take me wrong I enjoy Tucker’s presentations, if we go back and survey all of the fantastical stories he has covered in the last 20 months (strange finance paths, riots, corruption, lies, fraud, etc.) and throw in the fact that Beattie was on his show last year talking about how all the dots connect (color revolution) it is more than curious that Carlson never actually makes the connection. Each night he presents a very entertaining segment that deals with one matter, one issue, he often seems shocked and aghast, and outraged. But should he be?  If one really understands the methodology of state capture, should one be shocked by the details?

So, I was particularly stunned watching Beattie and Carlson talk about 1/6 and the accusations that the FBI was doing something behind the scenes and probably had some foreknowledge. It takes active denial to not admit that the FBI has done similar things for a long time (not at this scale, but the same methods - infiltrate a group with compromised people, encourage the group to go forward with bad plans). Any honest person knows that. Carlson knows what Beattie said last year about color revolutions.

Why did these two men sit and talk, Carlson looking shocked, about 1/6 when they had both already talked about the metanarrative?  It was odd and disturbing.

To be fair, one can make the argument that Tucker has corporate masters. Beattie maybe believes the full truth is too much for ordinary Americans to swallow. You can make that argument and I cannot dispel it.

You could also make the argument that this looks a lot like a limited hangout. We cannot know the purpose, perhaps it is to release obvious information in such a way that it can be debunked, that is a traditional usage. Maybe it is intended to spin up many Americans and call them to injudicious action, an action that can be easily crushed and then used as justification for more draconian laws.

What is obvious is that Carlson’s and Beattie’s suggested solution, a Church 2.0 committee is unworkable and naive (argument here). That being said, in their defense, what other choice, short of foolish kinetics, do we have? It is a sticky problem, and there is no real solution, we are in the web, every action merely entraps us more.

Limited hangout: "spy jargon for a favorite and frequently used gimmick of the clandestine professionals. When their veil of secrecy is shredded and they can no longer rely on a phony cover story to misinform the public, they resort to admitting—sometimes even volunteering—some of the truth while still managing to withhold the key and damaging facts in the case. The public, however, is usually so intrigued by the new information that it never thinks to pursue the matter further."

In another interview on another outlet Beattie said until this is resolved, nothing else matters, all of politics will simply be performative. In that, he is absolutely correct. If we have undergone a color revolution, if significant portions of the government played a key role and the media supported it, nothing else matters or will matter. Not elections, Congressional hearings, Supreme Court decisions – none of it. If this happened, and if elements within the national security apparatus conspired and acted to incite violence as a culminating event to the color revolution – nothing else matters until those responsible are rooted out.

The problem is, in the consolidation phase of a color revolution, after most of the population did not even realize what was happening it is nearly impossible to turn the tide. That is the reality we face. We are in the web, we walked straight into a L-shaped ambush.

Our moment of existential choice has passed I am afraid.

We are smack in the middle of the consolidation phase of a Color Revolution.

[1] Let's circle back to that brief moment last year on Twitter and in the news cycle where folks talked about "color revolution".  As mentioned above it came into the conversation after Darren Beattie published a piece on Revolver and went on the talk news circuit, specifically Tucker Carlson. I recall waking up the next day to amazement that my little blog was getting so much search traffic, specifically to color revolution articles I had previously written. Prior to that, it was a mere trickle.

On Twitter, there were numerous instant 'experts', many that had never heard the term before or perhaps only in passing. Few really understood the full methodology and all the tools in the kit bag. Almost all of the folks that latched on to the subject were Trump supporters. They mistook the implications and thought this was all just about 'libs and MAGA' and some plan to 'get Trump'. Invariably, the fact-checkers soon weighed in, debunking the possibility that such a thing could be happening here "look how outrageous these Trump people are". Soon, talk of color revolutions died out, people went on to new shiny topics, abandoning the metanarrative.

Of course what happened and is still happening was never really about Trump. Either he was too incompetent to see that many of his decisions and policies enabled the event (CR), or he was part of it, there is no other reasonable explanation. He was a dupe or a tool, take your pick, but either way, the color revolution would never have succeeded without key actions by him.

This brings us to ask the question...was the public talk of a color revolution part of a limited hangout, intended to give bad meat to the masses to run with and make fools of themselves with, something later debunked by the media? There were people talking about it and highlighting the use of methodology, long before Beattie. Eventually, this truth was going to come out. Was the flash in the pan an effort to get in front of that and let it burn out in foolish misunderstanding?

I cannot say, but it seems odd, particularly considering that Beattie essentially abandoned the topic soon after.

2 thoughts on “Existential Moment in our Color Revolution”