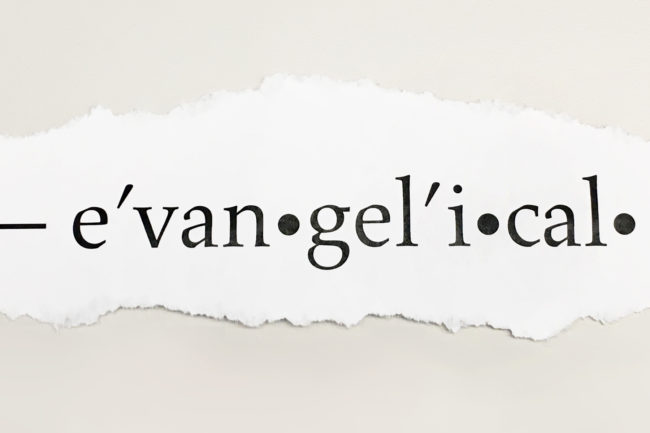 Ok, I admit, the title has some problems, on the face of it at least. In many ways, most protestant evangelicalism is not at all like Catholicism (outwardly). But there are key similarities.

Since the reformation, the crux of the Catholic argument (the structural argument, not the details of dogma) against Protestantism is that without some mechanism of control, eventually, it would all just turn into every man defining doctrine for himself. The last 150-200 years of the 20th century perhaps supported that argument. Churches split, denominations divided over small matters, and in time drifted so far from each other their common roots were almost unrecognizable. Protestants counterargued that centralized control relies upon man, and man is sinful and flawed.

How then can I assert that Big Eva, modern pop evangelism is anything like Catholicism? It would seem that these folks are the very caricature of the historic Catholic objection.

Modern Protestant Evangelicalism does not have popes, bishops, saints, or even councils, most of these folks believe their megachurch complex and associated satellite campuses are really independent, getting back to the fundamentals of how the early church worshiped (with PowerPoint, smoke machines, and  Starbucks of course). Many evangelical preachers expressly state they are anti-doctrinal, go listen to them. This all seems very un-catholic…seems…

But they do have a doctrine, they even have a shared metaphysics (even if most in the pew cannot define it or talk about where it comes from). There is a common theme of philosophically derived ideology that permeates their foundation. In the case of Druckerite megachurches they absolutely have mini-popes, bishops and priests, an ordained and selected class that is not accountable to the congregation in any meaningful way. The saints of modern evangelicalism are less entrenched than those of the Catholic church, but they are there. Just check the bestseller list at Big Eva bookstores, pop-saints come and go and get switched out, but they wield tremendous influence in their time in the saddle.

In the Catholic church a group of men, unaccountable to the congregations that make up the church, establish and codify dogma and doctrine, they define scripture and fill in the parts they believe are missing. (I am not here to fight with Catholics, y’all do y’all, few ever are willing to honestly talk of these matters)

In the emergent evangelical church, the exact same thing occurs, it is just much more decentralized. It is led by ‘thought leaders’, megachurch pastors that run small corporations and answer only to their handpicked boards and pop-theologians and authors that are promoted by various complicit publishers (LifeWay, etc.). Instead of a dictate of a pope, the pope of Big Eva is essentially the mood of the crowd, a mood moved and shaped by the structural systems that define doctrine and influence outcomes. Big Eva even has its own ‘jesuits’ and its own orders and organizations to perpetuate its non-doctrinal doctrinal stance (the Gospel Coalition, The Leadership Network, etc.)

In essence, Big Eva is exactly like Catholicism, and if a person attends a full-on Druckerite megachurch they could (if they were honest and brave) attest to this fact fully. The will of the community, the voice of the leaders ought not be questioned, to do so shows some defect of discernment and righteousness in one’s own heart. Those that attend something more ‘traditional’, like say an SBC church, are perhaps only just now realizing how much alike they are with the Drukerites.

It took just over 500 years to move from valid protestations about absurd and made-up doctrinal statements and policies in the Catholic church to place most of Protestantism in a position where the only real tenet of doctrine is to get people in the door (God is love) – what you say once they are there matters little as long as they keep coming back. It took 500 years to move from resisting what men say doctrine is, when it had no Scriptural basis, to most of Protestantism accepting men (and women and folks in between) telling people what doctrine is, regardless of what Scripture says.

Mere coincidence? (The Megachurch’s Role in the Cultural Revolution)