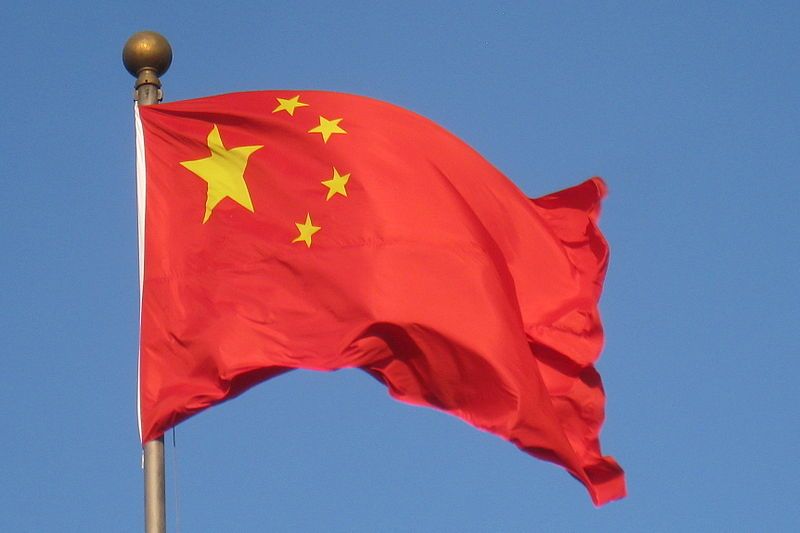 China has a long history and memory. It enjoys almost an almost homogeneous ethnic population. It has industrious people and they are many. It enjoys access to numerous resources. Over the last decade-plus, its geopolitical efforts have ensured access to ports, markets, and additional resources. (see previous summary of why China knows it is destined to greatness).

We learn just this week that a member of the House Intelligence Committee, Eric Swalwell, apparently received funding and had carried on an intimate relationship with a Chinese spy. Swalwell was of course one of the key members of the chorus that sang tales of Russia and Ukrainian collusion for nearly four-years. This is not unique to Swalwell, Feinstein had a Chinese spy on her staff for years. The Swalwell incident is, however, more pronounced. A young attractive female shows up with money and sex, Swalwell in his capacity on the Intelligence Committee received numerous briefings on counter-intelligence. A guy with a melon head and crooked mouth ought to have noticed a honey-pot when it tried to seduce him.  Any intelligent person with knowledge of sources and methods would have. Swalwell was briefed, many times; he knew better.

Yet, it is not just Swalwell. We might attribute his collusion with foreign enemies as merely the failings of weak moral character – the old “cannot keep it in one’s pants defense”; maybe.

We have now video proof that Chinese inside the party apparatus claim openly that the reach of the CCP into the bastions of power in the US is wide-reaching, intentional, and integral to China's long game. John Zimrak points out:

The speaker is not some fevered crank, or even a Chinese dissident embittered by the totalitarian government’s religious repression, forced abortions, and concentration camps. No, it’s Di Dongsheng, Vice Dean of the School of International Relations, Renmin University of China. He serves as Vice Director and Secretary of the Center for Foreign Strategic Studies of China.

Those are bold words, spoken openly to an audience that is apparently in the know. Americans that have made the same claim about China and its involvement, schemes, nefarious activities, and hegemonic goals have been labeled over the years as “conspiracy theorist” by our own media and geopolitical and intelligence ‘experts’. When we pull the onion back and begin to breathe in the full scope of the vast web of money, influence, and cooperation between institutions, corporations, and many within our government that seek personal gain we begin to understand why ‘elites’ in the US deny these facts and ‘elites’ in China know it as an open secret.

Zimrak goes further, asserting “that in every way, the COVID crisis has proven to be a massively successful biowarfare attack against the United States (and other countries) by China.” Many others have made that argument, all denounced or relegated to the corner and silenced. I have argued the same thing since April (our response was scripted by Alinsky, the gain of function element, and COVIDs role in the Color Revolution).

None of this seems unrelated. Darren J. Beattie, Ph.D. Is the man that deserves the most credit for placing the term ‘Color Revolution’ into the common vernacular in 2020. He was not the first to write about what was going on or to see the connections of trees to the forest, but he wrote a series of articles that gained traction and occupied some time on news outlets discussing the concept. Oddly enough, now that we are in the final stages of what we must now clearly describe as a color revolution (see an explanation of the term here) Beattie has made recent statements effectively denouncing those that point to China as having any relevance. Beattie must know that all previous color revolutions have been carried out through a combination of elements external and internal to the target nation.

Beattie did not respond to efforts to ask clarifying questions on his recent statements. It is, however, disconcerting that the one man that is now known as the ‘expert’ on the subject by most that only heard the term a couple of months ago would say things, even if nuanced, that would dissuade the masses from seeing 2020 as it truly is.

We have seen the capture of fake ID’s inbound to the US from China in July (link), 10,800 assault weapons parts from china seized (link), and 28 million in gold bars smuggled in from China in Aug (link) just the things we have caught and seen are enough to make one notice rising smoke.

In 2020 we witnessed that journalism in the main is dead and cold, left as an empty carcass capable only of disseminating disinformation and feverishly working to suppress the truth. Most of the media says nothing of China other than to 'debunk' legitimate stories and concerns. Why? How far do the effects of money and Chinese influence operations go?

Color Revolutions always center on elections, disputed results, and a culminating event. In the initial stages, the focus is on fear, confusion, disinformation, and chaos. The culminating event is always an attempt to hijack the narrative and then seize control, under the color of law and the promise of a return to normalcy.

One thought on “China, the Election, and the Color Revolution”