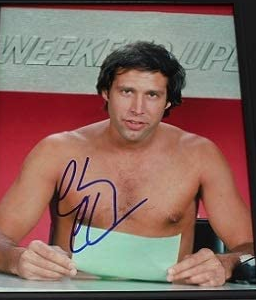 I have pulled back from posting on social media a lot, and from FB almost entirely. There are those that see that the world has changed and others that need time, and others still that will never see. The time and energy spent there is much better spent on other pursuits. I have very little energy to write in a deliberate or serious way. As I have said, I wrote things before that were geared toward explaining and maybe stopping what is occurring. Those sorts of high-minded articles, with footnotes, and detailed arguments about history and philosophy and geopolitics are of very little use now, we are in what we are in. However, I still feel the itch to put some thought to paper, if for no one else than myself. Thus, here is the first installment of my Saturday update. Hopefully, a regular activity that summarizes some of the events of the week.

It is perhaps odd to begin these updates on 8/8/20. Did you know that if the sun were to explode it would take 8 minutes and 20 seconds for us to know that our material existence was over? Imagine all that would occur in those few moments. Some people would say unkind words to another, some would commit a great sin, others may show kindness and most would pass the time mindlessly looking at their phone. None would know that everything had already fundamentally and permanently changed.  I believe we live in just such a moment. Most do not realize what has happened and what comes next.

I published the above on 15 April.  In that video, I suggested planting a backyard garden this year. I suggested then that all the virus talk was going to make people afraid and when people are afraid they do dangerous and violent things.

If you took my advice and planted a garden, I suspect you learned a few things. I did.

I learned I need a few more items. I need to build some raised beds. My little dog will actually dig potatoes out of the ground and eat them and more. If you took my advice and used this year as an opportunity to learn and get better, your bounty will be much better next year. As the fall and winter comes, we have an opportunity to work in better weather to get ready for a better effort next year.

You can still get non-hybrid seeds - Do it!

Otherwise, I have been "doing work'. Some of the personal things I mentioned before, our little business is chugging along, I have another contract lined up in the near term. I also finished one of my body armor projects. I own some rifle grade plates and some AR500 soft plates but a bit ago I took to experimenting with homemade inserts - for reasons, fun mostly. I built a lighter, concealable kit, for some future world where crime is more prevalent but not so bad that one can comfortably wear a plate carrier out shopping. I am not one of those 'go to guns first guys', none of that will save us. I am also not a meek fool. These have been fun projects and they may have some utility someday.

Why not just buy one of the Safelite concealable vests?  I weighed the cost versus benefits of that purchase and decided to order something else instead...

Y'all be good. Get to work! Be smart, don't be a pod person or a fool.