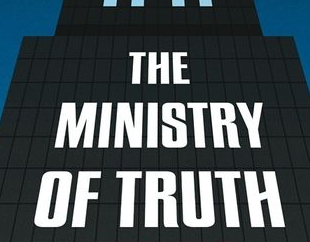 It was all a lie. At the dawn of the information age, we were promised more leisurely work, more free time, and the opportunity for small ordinary people to have a voice in the world of ideas. Yes, that free-market of ideas where good would rise and bad would be ridiculed and disavowed. This is not at all how things worked out, as some know, others know but do not fully believe and others deny.

What we got was social media that is not social at all. We were given trolls, repeaters of anything that looks like a fact that supports their presuppositions, memes to ‘own the other side’, video clips taken out of context, misrepresentations, strawmen, and lies. Ruling over this digital dystopia, with its dearth of objective critical thinking and incivility, are the princes of the digital kingdom, verified accounts.

Sometimes we are not certain how particular accounts achieved their nobility in this new digital feudalism. Some have meager real-life accomplishments, others rose from obscurity and garnered up to a million followers in their fiefs, seemingly overnight. Occasionally we notice one is defrocked from their once high position and the vestments of authority are stripped from them. We are sometimes puzzled by the existence of individuals with immanent qualifications in life, well-documented published writing, and solid ideas that represent logic and reason being excluded from the noble class.

We have watched even princes of earthly kingdoms be banished from the digital space. Somewhere in our minds, we ponder the implications of an elected leader of a major nation being silenced in this new world, even if we disagree we must wonder. Who are the kings of this world that walk astride the mighty and the meek wielding such power?

Somehow we know it is all wrong, all of it. If we are honest, those that hold to our presuppositional points of view have been wrong too. Being unkind juvenile rock-throwers is no way to express an idea and have it heard. It comes from both sides, all are guilty. We are also guilty of the crime of listening to those the oligarchs of this dark kingdom have appointed over us. We could ignore them all, form communities of individuals that speak and think rationally, debate ideas, evaluate facts and truth claims, and treat each other with respect even when we disagree. We could secede within this digital space, carve out our own enclave territory and banish anyone that entered that brought the rot of decadence, absurdity, and lies with them. But we have not and will not. We play the game by the rules they have set for us, we listen to those they have appointed over us, princes to lead various factions into further division.

We could fully secede, to take the independence of our minds and the sanctity of our ideas and individual voices to other platforms. Some have but they have not found the world of ideas there, there is little real debate, little opportunity to listen to and check the truth-claims of those that truly oppose us. If we cannot all talk, and evaluate good ideas, signal from noise, and do so in an open and free environment there is no digital public square. There will be no logic, justice, or even peace if the trend continues.

This system, this monster that so oppresses us, even if some jeer and cheer and others ignore its full implication will consume and dominate all thought someday. The last chance to reign it in came and went, perhaps long ago. It will eventually consume all that it dislikes, and that may change and shift with the winds that fan the passions of the masses, but it will never be the world of truth, ideas, reason, and dialogue. No group, ideology, or point of view is immune to this, not forever.

We can only be better, kinder, more reasoned, less impassioned, less abusive of others no matter how childishly they treat us. Live and act in truth, even online. We can only but hope to speak in truth, to seek truth, to think clearly, questioning all – particularly those they give us as heroes. But understand, the game is rigged, the keys to the kingdom are out of reach and none of this will get better until….(perhaps later)

One thought on “Digital Serfdom”