Theonomy is Bad, Why call us all Thonomists? 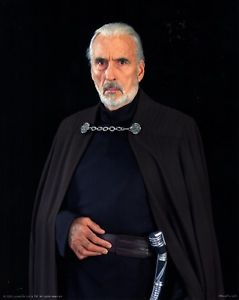 A joke, if you know you know

Theonomy is an error, so why does there appear to be such a concerted effort to conflate all of Christianity with 'fascist theonomy' (this is their implication)? This reminds me of a topic that has puzzled me for years. Why do polls and the media lump so many disparate groups under the term ‘evangelical’ – what exactly is a typical evangelical? More on that below, but this appears to me to have an intent, and if not an intent at least an effect.

Look at this headline, “Hobby Lobby advocates for a Christian-run government in Independence Day ads placed in many national newspapers”. I did not see all of the advertisements, but the ones I saw can be placed in many different contexts – jumping straight to ‘theonomy’ is not on the top five I came up with.

To place things in perspective, we ought to evaluate U.S. history. The United States is not and never was a Christian state. The American nation, her people, were never and are not now wholly Christian. Those statements are provably true. However, it is also true that for much of U.S. history a significant portion of the American people held to a Christian worldview, it was predominant and affected even those that did not believe. It shaped public policy, politics, and culture. Lastly, and importantly, that worldview never stopped sin, it never banished error or mistakes. It simply provided a foundation from which decisions began; what humans did with that afterward is the story of what humans always do.

So, Hobby Lobby is not incorrect, if you filter their statements through an accurate historical lens. What has changed is that the historic worldview that previously prevailed is simply not held by many. What it means for culture and politics, this change in worldview, is that no longer do we operate from our historic worldview in the public square. In the context of speaking of people, individuals that make up a nation, it is correct to say that a nation that turns from God is in danger. These are nuanced things that those seeking to simply hate Christianity refuse to see. They hate Christ and his message, they do not have to see.

Whether it was intentional to lump all of ‘evangelical’ Christianity together (the crazy, the error, the wrong, and the less wrong) and then paint it all as hateful and fascist we cannot know for certain. The fact that two of the greatest deceptions of our time heavily influenced many in this group in 2020 seems not coincidental to me. I stopped seeing much of this as random chance some time ago. Were those deceptions intended to call out the crazy, make people look foolish, and then taint all that hold to foundational Christianity? I suspect so.

This is one of the reasons I am often so confused when people write of ‘evangelicals’. I personally know one person that bought into the Q stuff, they are NAR. I am not even certain we worship the same God, yet, I bet in the big umbrella group of the media, they lump us together. I stopped attending churches that hold massive pagan flag rallies years ago – but we are in the same group I bet. I do not buy into Gary North or Rushdoony, but, it seems we have been placed in the same club. I am not Catholic, but devout haters of Christ believe they do harm to me when they destroy their icons. Do you see the pattern? They do not understand nor do they care about doctrinal differences. Their hate casts a wide net, just to make sure they get authentic, real, orthodox (small o) Christianity no matter the pew it sits in.

Pull your head out of the sand. Politics is lost, the cultural war is lost. Others with less discernment and less understanding will fight that, and in doing so further endanger us all, but the danger is coming regardless. They put us all in one box for a reason, and that is a hatred of Christ. We can forgive them for not recognizing Him from imposters that claim Him but we ought not ignore them.