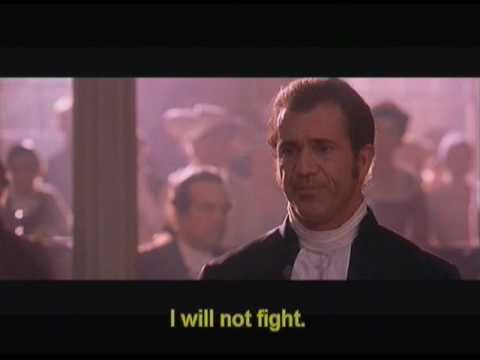 I spent more time in my life than I care to remember living with, training and fighting beside fledging armies in the middle-east. There is nothing more eye-opening than living on some small camp with just a handful of Americans and hundreds of guys that you do not know, cannot fully communicate with and you have no real idea why they are there (what motivates them). It is simply an act of trust to hand them a rifle and ammunition and to go to sleep at night knowing that if enough of them wanted you dead it would be an easy task.

There is a lot of talk of our coming civil war (or insurrection/violence/troubles) that many now believe are almost a matter of fact to materialize in the next 50 days (hint it is a color revolution). I know people that have gone to Portland, I hear others say 'big and bold things' on the internet. The first is foolish, the latter is just stupid. Recently, a couple of men that I know began to work toward putting something together, based in part on some of the experiences we shared training armies in other lands.

I entertained this thought, have gone along, only because I know these to be reasonable, cool-headed, and common-sensical men. They do not want to go out and be some sort of revolutionary militia. It seems to me, based upon observations, things confirmed to me by others with more access, that there are radical revolutionary groups planning for violence. Organizing, planning and talking not so quietly about dark plans. It seems prudent if there are those that would, based upon all of their demonstrated previous behavior, to at least consider the possibility that there is a moral obligation to consider preparing for that eventuality.

These are complex things to think about. Many of us, those with red blood at least, have spent most of our lives looking favorably upon the patriots in our revolution in the 1770s. Most of us have always said tyranny and oppression can never reign here in free America, by God, real Americans will not tolerate it. There were a couple of assumptions, these assumptions were always falsely embedded in that belief.

Did we ever, in our wildest dreams, imagine that the real crisis would come with entire elements of the government, most of the media, a vocal yet violent minority on the streets, an entire political party, and millions of 'ordinary' Americans that are now so lost in their worldview as to support, outright the revolutionary change that will bring about authoritarianism and tyranny. Many are so lost to absurd ideologies, false notions of the Christian message, nihilism, and a dozen other -isms that they cannot even see that authoritarianism and tyranny are even possible at the end of the road they now want to tread.

How do you fight that? Should you?

I know, many keyboard warriors seem to believe they have the answer. They talk big but they have never seen an insurgency at work. Insurgencies are never purely ideological, and even in their ideology, they are never homogeneous. They almost always comprise ethnic, cultural, class, and economic factors. They are complex. General Petraeus sold a bill of goods to the US military in his theory of Counter-Insurgency Operations (COIN). I attended a COIN academy, I later trained it and actively employed it on deployments. It does not work. (ask me about the time I sat across for Petraeus with an Admiral and he gave me $25million to throw at a problem)

However, if COIN did work, if you could win hearts and minds by getting the disaffected to 'buy into" the system how would that work in the US? We are the land of opportunity, before all of these troubles this year we had innumerable programs yet many never 'bought-in". Apparently, none of that worked. There are clearly people that believe the system is not for them, and millions more that tacitly agree with them. COIN operations could never fix this. What does that leave?

We could look at the Romans. There is nothing new under the Sun, Rome dealt with all of these issues. Carthage was never going away, and they could not be turned to 'buy-in" so Rome razed their cities and sowed salt on their fields - the Cathagians disappeared. The "barbarians" in the west were easier, they actually bought in to a degree, the Germans essentially never. In the end, Rome was reduced to appeasing its own population with bread and circuses.

Obviously, the first option is no option at all. We have tried the last and are now faced with "Germans" that will not embrace the system. So I ask again, how do you fight this, and should you? If COIN does not work, the most radicalized have rejected the system, if we fight are we prepared for the Scipio Africanus option?

Of course not, not me. I can see no morality in that option. Freedom is important, rights are important, but not as important as higher law.

I do not have the answer to this. Laying down seems very un-American. Fighting against an insurgency that will not die unless most of its adherents were either killed or imprisoned seems extreme and immoral. Who the hell would one fight in any event? No matter where you live, you are surrounded by both absurd thinkers and traditional Americans. I do not have the answer. The only thing I can come up with is to pray, work, take care of your own, and prepare. What folks ought not be doing is taking to the street to face the radicals.

So back to my acquaintances that want to prepare more deliberately. They are attempting to build a large organization of folks. I joined them and offered to build a supporting group more locally (see here). The initial interest in both of these groups reminds me of the recruits in the Afghan and Iraqi armies. Hell, maybe these sorts of things are won by the side that can field the least idiotic army. I have not been encouraged over the last two days, better men than those fools throwing Molotov cocktails but...

I am also discouraged by talks I have had with a local police chief and a nearby county sheriff. Neither of these men understands that we are approaching a time that their departments alone cannot stand what is coming, they need good men to stand beside them. The time to build those relationships and authorities is now. Neither of these fellows really gets the big picture right now.

I have no idea what all this will become. I am not certain there is anything I, personally will or would fight for at this point (other than my home and those I love). I never thought I would say that. Perhaps I feel a bit like Mel Gibson's character in The Patriot - leave me alone, I will not fight this. I know what is right, I am not sure what is moral (considering what trying to do what is right looks like).

I will stand with my companion's effort, I will try to find reasonable, moral men to partner with, folks that see how serious these questions are. To this point, all I find are hot-head wanna-be's, and I will not deal with those types. I have trained amateurs that could not be trusted, I will not do it again.

What happened to my country? How did so many so easily embrace absurd and wrong ideas? Perhaps what is coming is our destiny and our punishment.

One thought on “Previous Assumptions”