An Old Soldier’s Plea for Peace 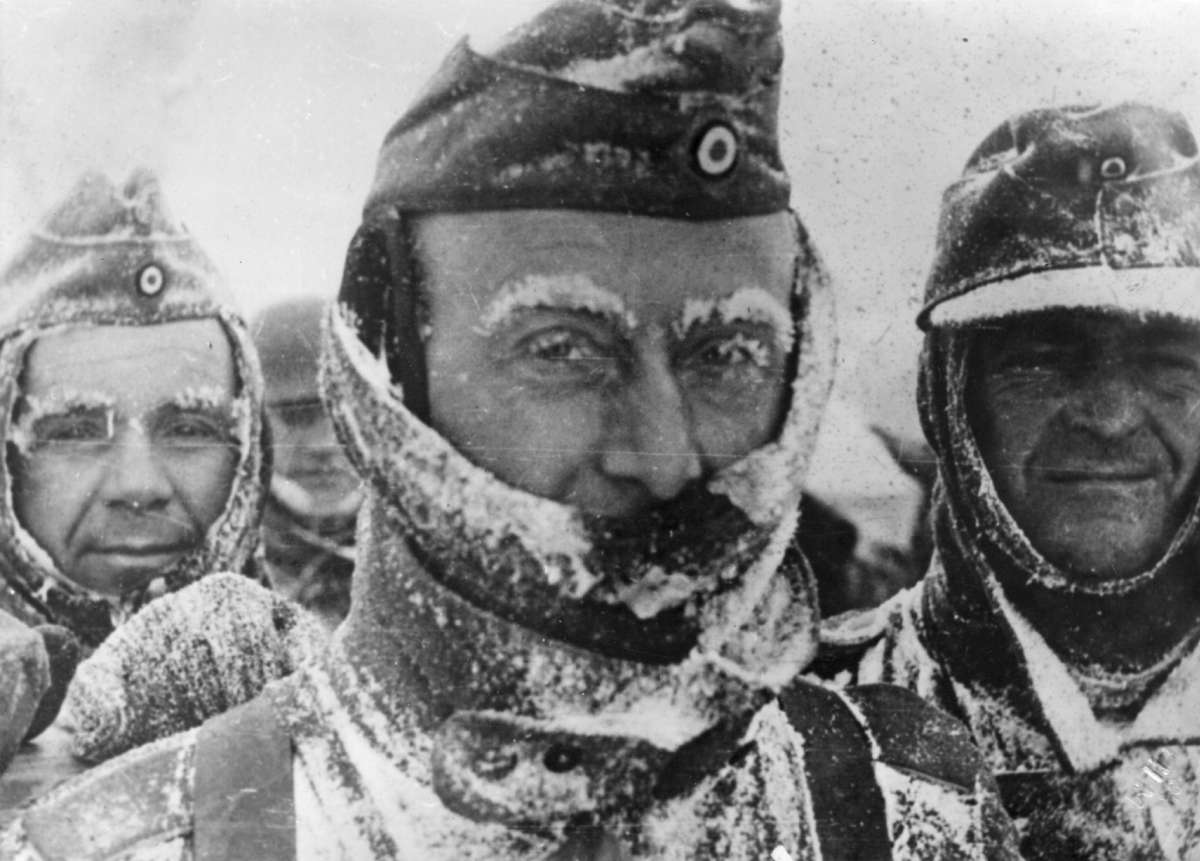 A lot of people that consider themselves experts in geopolitical and military affairs, regardless of their qualifications, seem very eager to send American soldiers to the Russian front. The phrase harkens one to the memory of Colonel Klink being threatened with such a punishment. Anyone that has seriously read history understands it is not a laughing matter. It has never been a laughing matter for any army not from that region to fight there, much less in winter.

Americans have become accustomed to two-dimensional warfare, with the US dominating the skies and our troops facing varyingly ill-equipped adversaries. Let us leave the air component out of the discussion for a moment, and also leave out the capacity of Russian ground forces and talk a little about American ground forces – and by extension most Western ‘allies’.

I joined the service during the Cold War. I was seventeen, a junior in high school, it was 1986. I served in the Army Reserve and then National Guard through college. The Cold War Army, as much as I knew of it being mostly in school and only sometimes in uniform, was structured, rigid, and boring. Not much changed after the Gulf War, my experience in the Regular Army in the 1990s was not so much different than the old ‘facing down the Commie bastard’ days.

That old Army was built on systems of systems. Individuals had a set of tasks that they must be capable of performing, common tasks, common to all soldiers, and job-specific tasks. These were measured simply -  task conditions, and standard. Teams and platoons had collective tasks, comprised of team members doing their job-specific tasks together to achieve a designated outcome. Companies and above had mission essential tasks, METL, that consisted of a grouping of collective tasks. Nothing changed as the echelon increased, up to divisions and corps elements were designed, equipped, manned, and trained to accomplish a specific mission set in a given parameter of conditions.

When the War on Terror came, the Army retained this doctrinal arrangement, and the institution still built and fielded units this way, and while nothing changed, everything changed. Because of both the requirements on the ground and rotational cycles, units began to abandon the old methodology and focus less on individual tasks and more on collective tasks; more accurately on some collective tasks. Training command, in an effort to reduce the time initial entry soldiers spent in school, reduced blocks of instruction, with the assumption that the unit would train them. Youngsters that entered the Army after 2003 likely never had the foundational experience of what it meant to train like a cold war army, to train as if you were going to face a peer competitor in adverse conditions with no assurance of victory. This is not to say that training did not occur, it did, but personal rotations stacked on top of the theater rotation cycle meant that units focused on what they would do in Iraq or Afghanistan – patrol streets, clear houses, conduct searches, and other counter-insurgency actions, COIN. Some units, like Air Defense and Artillery, often found little use for their core skills. For almost a decade and a half, we were a constabulary army that had some counter-insurgency skills, not a war-fighting army.

At some point in my career, I became a trainer, which became a recurring assignment for me. I trained foreign armies and I spent five years training the US Army at the national training centers. Late in the War on Terror out at Fort Irwin, right as we had switched back to something almost like real force on force training, I was shocked at two things. First, soldiers simply did not know fieldcraft or individual tasks beyond the ones associated with COIN. Second, noncommissioned officers did not seem to know what they did not know about training and teaching those skills. NCOs are the backbone of an army, responsible for showing young troops the way. Some of those NCOs had spent their entire career in a half-trained army and knew no better. The officer corps was no better, in some ways far worse. I was embarrassed to be associated with not a small number of them.

Militaries have an organizational culture. If you change the culture for an entire generation – a decade and a half in this case – and all of the folks that knew of the old way are gone, it is hard to change course. The doctrine related to training still existed, but the systems and methods of performing it were lost. The eight years that have elapsed since the Army began including force-on-force in collective training were not pristine, uninterrupted training opportunities. It was not a clean reset. Iraq came and went and slightly surged again and Afghanistan limped along, diverting training focus.

There was something else. Somewhere along the way the organizational culture at the leadership level so lost its way that bureaucracy commandeered common sense. The Army’s training requirement regulation, AR 350-1 not so long ago contained more required training activities than time available to complete them. No, these were not warfighting training activities. Some of it was about ‘no-no squares’ and not using hurtful words, there was a lot of that.

There was never a reset. There was never a true return to solid training methodology or a laser focus on the things that must be done, from individual to corps to meet the enemy, fight and win. I do not intend to paint a picture of a bunch of ill-disciplined clowns. I am stating only as fact that this army, the one people so cheerfully want to send to fight in Ukraine, on the Steppe – to the Russian front – is not what many might imagine. I retired in 2018, not much has changed, and little for the better.

But the Air Force they will say, it will make up for deficiencies on the ground. They say this because we always shoot down whatever pittance of an air force the other guy has and those guys always use Russian equipment. That is a false analogy and I would not be so confident that Western airpower would sweep the Russians from the skies and Russian anti-air capability would be ineffective. I would not bet. There is much unknown, many variables that have not and cannot be solved until first contact. I would not place bets on the airpower being decisive from the get-go.

Ah, but the Russians are drunks that do not want to fight. Anyone that makes such a claim might consider scheduling an appointment at their nearest military entrance processing station. Lead the way big mouth fools.

I make the assumption, the calculation, that the Russian army has one glorious campaign in it. Logistics and maintenance would plague them more than the assumptions from the Soviet days. But I assume that for them, it would be a well-fought and glorious campaign. I am not sure the American army, as presently configured, trained, and composed has such a campaign in it – particularly not in Ukraine. It would prevail, as historically all armies supported by better trains prevail, but it would not be pretty.

That is my assumption. As a lifelong wargamer, it would be a very interesting hypothetical to play out on a tabletop. How long and hard could the Russians push before the weight of the West and the Russian's own systemic problems sink them? That would be a fun game to play on a board. But this is no game!

Any real expert in these matters ought to be shocked at the very prospect of this being more than a hypothetical. Some are so wrapped up in their imagination that Putin wants to conquer all of Europe, ignoring the fact he lacks the capability to do that and make it stick and is smart enough not to want to try – these cannot see anything but the boogeyman they have created. It is immoral, every tweet, every article, every speech or talking head appearance – it is immoral to promote escalation as a first option. It is despicable and immoral to never consider all the actions that brought us to this point and what might be done short of escalation to mitigate it.

A majority of the people clamoring for war never served, and would not serve in this war they are so anxious for. Many of the journalists writing state-approved propaganda yellow journalism have no practical experiences in geopolitics other than the fact they write about it. These are the lesser devils in all this. Those that know, or should know how foolish the proposals for escalation are, the paid shills working for think tanks funded by the defense industry, these men have no honor, no shame, and will show no remorse for any result of their deeds.