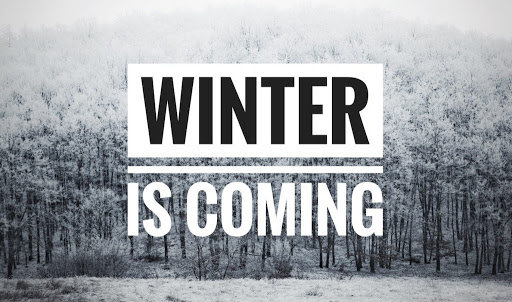 William Strauss and Neil Howe predicted in The Fourth Turning, that once the cultural war was complete we would enter a period of great crisis, the fourth turning. They thought the cultural war would conclude perhaps around 2005 (ish). Most of us can see now, it ended in 2019 with the total defeat of anything close to an authentic conservative worldview. Read chapter four of their book; pandemic, the great economic devaluing, grey champions - it is all there. Their observation of the cyclic nature of history is spot on from my observation, and it is hard to argue that their book, originally written in 1999 is not proving accurate as well.

To ensure I am not mistaken in my statement above - I believe history is linear progress (or regression) from a known point, what we observe as cycles is a result of humans being true to their nature repeatedly given a particular set of circumstances and conditions.

What Does This Mean?

They predicted a crisis that would define the lives and worldview of a generation, specifically generation Z, those youngsters still in college or freshly graduated. These folks just entered a world or were preparing to enter on filled with hope, promise and prosperity. The events surrounding COVID-19 have done damage to the economy we cannot yet even reckon. I suspect the virus will not be the worst of our troubles this year - real evil lurks in the shadows. This will change the lives of these youngsters - it will shape them in the way it shaped the youngsters coming of age in the depression and WWII. I have written a lot about the Fourth Turning here and in a couple of books, I hoped it would never become a reality. But here we are.

However, all is not doom and gloom. The thing that has always emerged from past events is a young generation that went into adulthood and changed things. Hardened and shaped by the smack of dire reality, it has been the crisis generation that has in each prior event rebuilt, changed, and corrected things.

I am sorry this burden falls to my children, to their generation, but this is the nature of things. We older folks need to love them, support them and pass along everything our grandparents taught us.

The excerpt below is from The Philosophy of Commonsense, published December 2019

A Love Letter to Generation Z – the Great Hope

When you came into the world in the late 1990s or the 2000s you provided your parents something to actually care about.  We, Gen Xers, were accused all of our lives of being aloof and nihilist but we had our reasons.  We were a small generation, ignored by advertisers and sandwiched in between two lame and uncool groups of people.

Our older cousins the Boomers we found to be full of it.  Self-righteous about their exploits in the 60s and so smug about all the stuff they bought in the 80s and 90s.

Our little cousins the Millennials were just annoying. From the time they could talk they were entitled.  As soon as they went to college, they thought they were smart enough to change the world. Many as young adults live with their Boomer parents, protest to tell everybody else what they should say or think, rail against capitalism yet they buy a lot of things.  Boomers hire these brats to actually run things, thinking they know how to talk to others of their ilk.

We have looked around at these lame hypocrites all of our lives and shook our heads. Those people are simply not cool.

Perhaps we were nihilists, perhaps our sense of sarcasm and irony was well developed seeing others mess things up.  We certainly were not perfect.  I think you are already aware of that.

Perhaps my generation was never meant to change the world, we were just too small and surrounded by two loud-mouthed know-it-all generations.

The political system in the United States that was described by Alexis de Tocqueville in 1835 as the finest example and a shining hope to the world has descended into lies, petty arguments, deceit, and ineptitude.  It will only get worse I am afraid in the coming years.

If the theories related to generational turning are correct, there will be, within your lifetime a major crisis.  This will be no mere market crash or a small war.  It will be a defining event such as the American Civil War, the American Revolution or World War II.  It may or may not involve a lot of violence but it will threaten to fundamentally change the very nature of society and government.  Everything that is and was may be threatened, the good and the bad.  What replaces it is uncertain.

That what, the thing that comes after, the solution that moves us forward is for you to figure out.  You will be the calmer, more reasoned, practical, and creative voice in society.  The Boomers started this and the Millennials will take it to a climactic conclusion, you will end it and put it all back together.

Much rest upon your shoulders.  We and future generations are depending upon you. To coin a cliché, the fate of the free world is in your hands.

At the conclusion of all this mess, once the Millennials have enacted all of their ideas and ideologies, only to see them create more problems, less freedom, and less prosperity it will be you that finds a new way. You will have to find ways to balance liberty and responsibility, to define the nature and source of truth, to figure out what a just and good society and the government looks like.

We, your parents, had the privilege of knowing some great people in our lives.  Our grandparents from the depression, the WWII generation, and our parents from the Silent generation.  These were good, solid people that believed in traditional values of self-regulation, hard work, personal freedom, charity, justice, and responsibility.  They went to church and respected the God of their fathers.

We literally went to “old school” in hot and cold basic classrooms, where we were taught the story of American exceptionalism and the American Creed.

We have observed the idealist and hypocrite Boomers and Millennials and we have come to know a few things.

We know that there was a lot of value in the words of those old men and simple preachers we interacted with as youngsters.  Their common-sense and realist approach made them a lot smarter than all the other folks we have seen trying to change the world and tell everybody else how to think and talk.

After a rocky start of apathy and silent rebellion, we found our way back to church.  In fact, 94% of all adults that attend church weekly are Generation Xers, and 64% of all Generation X claim a belief in God. (Pew 2019)

We do not know how to handle the crisis you will face, we do not know the exact way that crisis will play out. We know that you are special, you were special to us because you gave us something to actually care about.  You are special in the minds of theorists like Strauss and Howe because you are a generation that fixes things.

I think there is one thing my generation was supposed to do.  That is to serve as something of a link between traditional America and you.  To be a living, speaking and perhaps writing testament to the words and ideas of people that were better than us.

What we are supposed to do is pass along some of that knowledge and insight to you.  To explain the values and ideas that made those people so much better than the ones running things now.

In the near future, as you look at problems and seek solutions don’t forget to look back and ask questions of those people.  Read some of their ideas, try and understand what they thought and why. Use common-sense.  Know that universal truth exists and seek a relationship with the Creator. Trust realism and over idealism until idealism can firmly prove an idea wrong.  Be stoic in your approach to life, self-governing, self-improving, humble and steadfast. Seek first principles based upon real truth to answer pressing questions.

I am sorry that this challenge is your lot in life, but you are well prepared for it. You gave us a reason to care.  You will fix things.