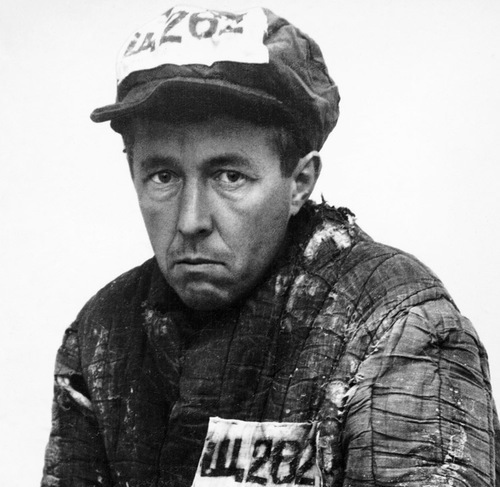 American’s should read Aleksandr Solzhenitsyn in high school, just as many once read Orwell. Cautionary tales are important.  Whether you were or were not exposed to such works as part of a greater foundation of civics education and whether the lessons that ought to have been gleaned from these stuck and remain with you, that matters little now. There is still time.

If you read nothing else today or this week, take some quiet time, without distractions to read Solzhenitsyn’s Live Not by Lies. Written in 1974, in the midst of a real counter-revolution that would aid in seeing the Soviet Empire collapse 17 years later Solzhenitsyn lays out the primary facts, the reality of life in a culture where ideology has captured all institutions and truth is the rarest of commodities.

Go read the essay yourself, not my commentary on it.

Some, perhaps many, in our culture would deny that the comparison of 21st century American (and Western) culture is compatable to the late 20th century Soviet. It is a difference of scale and scope only, not of foundational premises. We might delve back into early 20th century progressive and socialist writers to see how slight the deviation they saw in the ultimate outcome. We could do that, but I can assure you that modern adherents of the ideology that surrounds us neither understand their pedigree nor accept such arguments. They would loudly protest the facts presented. Ideologies are sustained in large part via myth-making and narrative crafting, a large portion of that admixture consists of lies. You will not argue facts of the origin of the deception with those that have embraced the narrative.

“But now we write and read samizdat and, congregating in the smoking rooms of research institutes, heartily complain to each other of all they are muddling up, of all they are dragging us into!”

In our era, in our own samizdat we devote much time to what they are doing, what they think and why, why they are wrong, what lies they have told, how absurd they are.

We will write, read or hear very little of what we have done - we want none of it. The liars we elect and support, the influencers and writers that we read and support that tell lies which soothe our minds and confound ‘they’. And yet, our lies? These too are many. Our heroes tell many lies and it is a lie for us to accept it as normal.

We know why we so readily accept those that succumb to lies, lies of omission, lies by association, hyperbole. We sense the danger from ‘they’, for they represent a real and imminent threat. We know full well where they will lead us if unchecked.

“We are approaching the brink; already a universal spiritual demise is upon us; a physical one is about to flare up and engulf us and our children, while we continue to smile sheepishly and babble.”

It all appears hopeless, institutions, the media, entertainment, churches, universities, politicians all appear so corrupt and so entirely captured by the absurd ideology of the age. They have captured and changed the language. All of entertainment is captured.

“We have internalized well the lessons drummed into us by the state; we are forever content and comfortable with its premise: we cannot escape the environment, the social conditions; they shape us, ‘being determines consciousness.’ What have we to do with this? We can do nothing.”

But we can do—everything!—even if we comfort and lie to ourselves that this is not so. It is not “they” who are guilty of everything, but we ourselves, only we!

Some will counter: But really, there is nothing to be done! Our mouths are gagged, no one listens to us, no one asks us. How can we make them listen to us?

To make them reconsider—is impossible.

The natural thing would be simply not to reelect them, but there are no re-elections in our country.

It is very possible there are no elections in our country either, perhaps not that the entire thing is rigged, maybe not, but maybe certainly that the flow of information is so controllable, the avenues by which an individual is actually selected to run; perhaps this means we too have no real elections. We feel we have but two choices often, one of "them", or a lesser of two evils, a choice that appears to be on our side but who lives by lies.

Solzhenitsyn would say that even in those circumstances, where there appears only a false choice, that a choice remains to us, often unseen. We can merely refuse to sanction any of the lies. “Defeatism” is the retort. Insanity I say, to keep participating and supporting those that only lie to you. Your tacit , and continuing support for lies, of any sort, is the very fuel that powers the entire machine.

But it will never come unstuck by itself, if we all, every day, continue to acknowledge, glorify, and strengthen it, if we do not, at the least, recoil from its most vulnerable point.

And this is the crux of it. If you pay for entertainment that is intended to indoctrinate. If you support political candidates that do not live by principles, forgiving a lie and a misstep here and there then the systems and the myth-building and narratives that support it will bever be undone. Never.

What if we all vowed to live in principles. What If we merely stopped participating in the lie, all of them. Instead of wasting one’s life on social media, following people that say and believe absurd things just so we might highlight their lies to ‘own them', what if we lived definitely. What if each time a person spoke a lie we simply said, not in a toxic manner so often done but plainly, ‘this is untrue and if you persist in untruth I will not pay attention to you”.  Block, unfriend, unfollow, ignore.

What if we simply decided not to buy a sports package if the league promotes lies, turned off entertainment packages, stopped going to the movies. What if we refused to tacitly support our own destruction by refusing to give lies air?

This is by no means an exhaustive list of the possible and necessary ways of evading lies. But he who begins to cleanse himself will, with a cleansed eye, easily discern yet other opportunities.

Solzhenitsyn rightly points out there are costs to this – but what are the comparative costs to financing ideological terrorism?

Yes, at first it will not be fair. Someone will have to temporarily lose his job. For the young who seek to live by truth, this will at first severely complicate life, for their tests and quizzes, too, are stuffed with lies, and so choices will have to be made. But there is no loophole left for anyone who seeks to be honest: Not even for a day, not even in the safest technical occupations can he avoid even a single one of the listed choices—to be made in favor of either truth or lies, in favor of spiritual independence or spiritual servility. And as for him who lacks the courage to defend even his own soul: Let him not brag of his progressive views, boast of his status as an academician or a recognized artist, a distinguished citizen or general. Let him say to himself plainly: I am cattle, I am a coward, I seek only warmth and to eat my fill.

For us, who have grown staid over time, even this most moderate path of resistance will be not be easy to set out upon. But how much easier it is than self-immolation or even a hunger strike: Flames will not engulf your body, your eyes will not pop out from the heat, and your family will always have at least a piece of black bread to wash down with a glass of clear water.