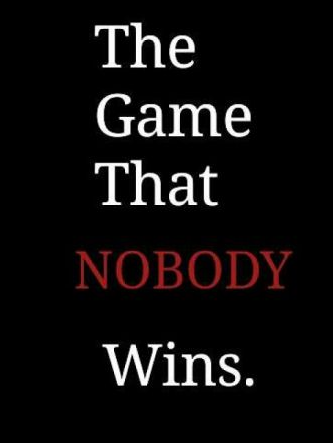 I hold the following to be true:

Assuming that Trump loses the election, the morning after it is over (whenever that occurs between Nov. 3 and Jan. 20) folks that voted for Trump will wake up, go to work and carry on with their lives.

Assuming that Biden loses, that will not be the case for many people that oppose Trump.

Tell me I am wrong. Make an argument. You know I am right.

Regular Americans suffered under Bush I, Clinton, Bush II, and Obama. Say what you will, but I would argue that if you added up the totality of the previous twenty-six years it was bad in the aggregate - corruption, wars, growth of bureaucracy, increase in racial division, moral decline and absurdity. You may have liked some of those guys, disliked others, but looking back in a big picture way most Americans know that we are worse off after them than before them (to paraphrase Ronald Reagan).

Perhaps Trump was going to be a failure. Perhaps his personality was such that he would have hoisted himself on his own petard. We will never actually know. We do know, with pretty clear fidelity at this point, that before he was even elected our own government did illegal things against him. I have some experience with FISA courts, there is no way that the Steele document should have ever passed muster. Yet, it did.

Trump’s presidency was marred from the beginning with the taint of illegitimacy. Claims of the sort that are unsustainable in a republic that wishes to remain just and free. We have an imperfect system, things happen, courts are not always right but true republics seek to apply justice within framework of the rule of law. If you do not like the result of an election, a court case or an incident between government agents and the public, civilized people do not try to figuratively or literally burn it down.

Even if most of the narrative of the last four years were true, none of that justifies deliberately obstructing the process getting on with regular life. The reasonable response for those that disagreed would have been to redouble efforts to affect the next election outcome in a way that respected traditions, conventions and norms. Essentially to act decently.  If they hated Trump so much, act reasonably and work to make him a one-term president.

It seems now that Trump, as abrasive and aggressive as he can sometimes be with words, was never really the problem. The real problem (to those that have never accepted a position of just moving forward) it seems is a system that allows ordinary Americans to exercise power.

America is not systemically racist. “Right-wingers” are not running amuck causing chaos and destroying stuff. Trump has never said or even indicated that if it is clear he lost the election he would try to ‘hold power’. Almost none of the stuff that is repeated continuously across the media and social media is actually true. Much of it is absolutely absurd.

We have problems, economic problems, spiritual problems, and perhaps now problems of some that are so disaffected they have become radicalize revolutionaries. However, none of our real problems justify the violence or destruction we have seen this year – it does not justify a revolutionary movement. All reasonable people know that.

Agree with that or not. I cannot convince you that this is all foolishly dangerous if you do not yet see it. No matter how this ends, we will be worse off.

Consider this. Just yesterday, in three separate states, police arrested two groups of Christians for ‘gathering outside and singing’ and a mother for sitting far from the crowd watching her son play football without a mask (tased her too). All of this stuff going on in the streets against the police, and against societal order in general, will all come home to roost. At the end of all of this, no matter how it plays out, not matter who ‘wins’ this thing (not simply the election, I mean this larger event), we will end up with a more robust police state.

See my video about the Mutawa (Saudi Commission for the Promotion of Virtue and Prevention of Vice). If the radicals win the police will not be disbanded, they will be replaced with ‘morality police’ and anarcho-tyranny will reign.

Place holder, will make video later, the Mutawa are a cautionary tale.

If somehow something of traditional America remains, if what we were ‘wins’ – we will not be the same. To beat this will require state violence at this point. The radical groups are organized and financed. The ideology is entrenched. The narrative is just too sticky. To beat this, at this point, requires police powers we have never seen in the US. Nobody will be pleased with such an outcome, the violence would stop, societal order would be restored but we would be fundamentally changed.

I would be fascinated to hear, I would listen to the whole plan, from anyone that has supported this, how it all ends? How does it get better? How do we put the cap back on the bottle?

Have you honestly pulled back the curtains and watched and listened to what folks on the street are doing and saying? Do you still want to claim the most egregious words and acts are just anomalies? If your argument begins with your experience attending some protests during the day and you have refused to actually read what ANTIFA and BLM actually state as their goals (before they scrubbed their websites last week), then I can only say you are unaware of the true nature of this.

If you ask me the same questions, I would tell you it does not look pretty for traditionalism. The fact is, historically, ‘conservatives’ seldom come out on top of these sorts of events. Spain is perhaps the best contra-example, and they ended up with a nationalist dictator for twenty-five years. In the uprisings in the late 1840s in Europe, monarchies were able to withstand the onslaught (mostly) simply because they were unitary executives – they could act.

Our Federal system is our greatest strength, in good times. In times like this our Federalism one of our greatest weaknesses. Add to that the fact that conservatives, by their very nature are concerned primarily with preserving things, not changing the system – they are not designed to create plans for fundamental change. Conservatives suffer from ‘normalcy bias’ their worldview begins from an assumption that the old way is good enough to fix problems.

This ‘normalcy bias’ is not well-positioned to confront a popular movement, supported by an ideology of change.  Thinking that this is just a moment, that things will return to normal and settle down – that is the weakness of conservatives.  Normal folks will sit at home, afraid and confused hoping someone saves them and fixes it all until the day the mob comes for them.

More troubling. All of this violence, the organized nature of it (stop calling it protests, those happen, but protestors do not need shields or bats) could be shut-down quickly. If folks like me can trace the money, find out who rents U-haul trucks and use technology to identify leaders in the group appearing in different cities and different events you know the FBI can do this. Why has the institution of government not done this? Stopping the riots will not stop the ideology, but it would stop the tenor from rising. Why have we not stopped it?

Why have retired officers violated Article 88 of the UCMJ at historically unprecedented levels? This is not normal, it is illegal, they know that. On top of all of that, we see corporate media and corporations marching in lock-step in support of easily disprovable narratives. Why?

Something more nefarious, dastardlier even than the radical nonsense in the street is at play. (Color revolution)

Let’s see if what happens with this Supreme Court nomination. If Trump selects a Federalist Society nominee, well I want nothing to do with the road that leads down. It is almost as detestable as the Marxist dystopia being pressed by the radicals. If he goes the Federalist route, I will begin to dust off my theory that all of this was collusion between some Democrats and Republicans (in conjunction with corporate elites) to complete the color revolution.

One thought on “Nobody ‘Wins’”