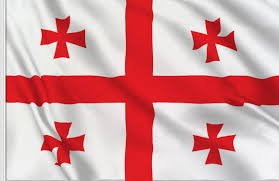 Over the last several days my website has had a 10,000% increase in traffic, all related to search terms related to ‘color revolution’. I know why this started, I tracked it down to the very minute it began and then to the major national news segment on cable news that spawned it. I have often wondered why I spend time writing, why put my opinions out there to a small audience. Why expose myself? I think this is why.

Americans need to know that not everything going on in the world, all the stuff that is getting us so mad and so divided is exactly what it seems. Most of it, I am convinced, is contrived and serves a nefarious purpose.

It has been impossible, as much as I try, to hide my biases, to simply present the facts as related to what I see as an ongoing color revolution. The facts themselves I would argue lead one to an undeniable bias. One party, it appears, has gone whole-hog in on this plan. Many in the other party appear also to be in on it. This thing that is happening is supported at its core by folks that simply want to control the system. They want to ensure that populism never again threatens their sweet deals. If Sanders had won in 2016, I would be willing to bet some of my prized possession that he would have been “trumped”. Trump and Sanders in the US, BREXIT in the UK, anti-EU movements in Europe, all of that is anathema to globalism. If I am mistaken as a Trump supporter, as in I am a MAGA guy, that is a misreading of me. I am anti-'the guys that want to keep power as they have always enjoyed' - with sons, wives, grandsons, and cousins running for high-office and corporate buddies getting sweet government contracts. Wars and endless wars, the Eisenhower military-industrial complex, those are the guys behind all of this. I am against them.

We have conducted color revolutions in several countries, some worked, some failed. All resulted in chaos and ended with a selected few taking power. The very same methods used there have been very clear here, to me, since December and unmistakable by April and inarguable by May. The various crises we have faced, whether contrived or leveraged, coupled with an accomplice established media are proof enough. The angst in the street, very often financed and organized, always covered dishonestly by the media, more proof. These groups and their causes are merely useful idiots to those that seek to solidify power. The chaos, fear, and division were necessary. The control, fear, and poverty surrounding our reaction to the virus, very Saul Alinsky-like. All of this stinks. We have been played.

When I retired from the Army in 2018, I wanted to write a few books of things in my head, do some hobbies, piddle around with a small business and enjoy life. I often thought the writing would serve no purpose. I am very grateful to the thousands of folks that have stumbled upon my little site this week looking for information about color revolutions. If all you take away is one thing, let it be this. Nothing is exactly as it is presented, there are people with bad intentions and there are real methodologies we have used to secure state capture, we can see those methodologies at work here.

Calm down, don’t be misled, love one another. We can sort through the confusion, the lies and maybe even some of the manufactured hate that has been pushed this year. We do not have to lose this; we do not have to give in to the deception. If none of that works, just prepare, and take care of your own and go into all of this with your eyes open. Don’t let ‘them’ pee on your back and tell you it is raining.

If we get through this, with hearts full and eyes open, things might change. All of those major media corporations that try to control us, they may die. We do not have to serve them. Political parties that would place power over the health, safety, and property of people just to score points, they may die. Old political divides between Democrat and Republican can shift, those parties can die if we but let them. We can fundamentally realign. We do not have to choose the establishment, we do not have to allow them to cement their hold on power through a revolution that makes all future revolutions impossible. We can reform the police smartly and not based on racist ideas that have been touted this year, break up tech monopolies, rid the system of money that corrupts politics. We can. But not with folks that have supported violence and hate in order to take power - they have shown their nature.

The country of Georgia whipped this, so can we!