Seeking links to analysis and synthesis of the events from January 2020 to January 2021. I hypothesize that everything was related, that a coordinated deception, information operation, and psychological operation occurred, executed on fringe groups on the left and right, leading to state capture and color revolution event.

This project began on 8 Dec, 2019 as an effort to explain how a nexus between a fourth turning cycle, the maturation of ideology, destruction, and usurpation of institutions made the West and the U.S. particularly vulnerable to state capture events or some other climatic clash. (See Project here Fourth Turning Clash of Inter-Civilization Cultures Hypothesis)

In perhaps six months, once it is possible to paint a better picture of the totality of what has occurred, I plan to write a long-form narrative of this event (book or set of articles). The primary audience of this work is future historians, to point them to information that will conflict with the official narrative that will undoubtedly be readily available to them.

Specifically, I am looking for links to deep-dive analysis of:

Credit will be provided unless submitters wish to remain anonymous. I am happy to discuss collaborating with others in joint work, I will consider working with anyone interested in seeking truth through critical thinking and analysis.

Links or information may be submitted to blclark at protonmail.com or via direct message to my Twitter account. 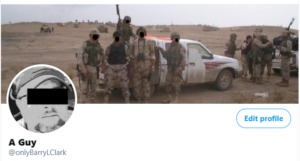