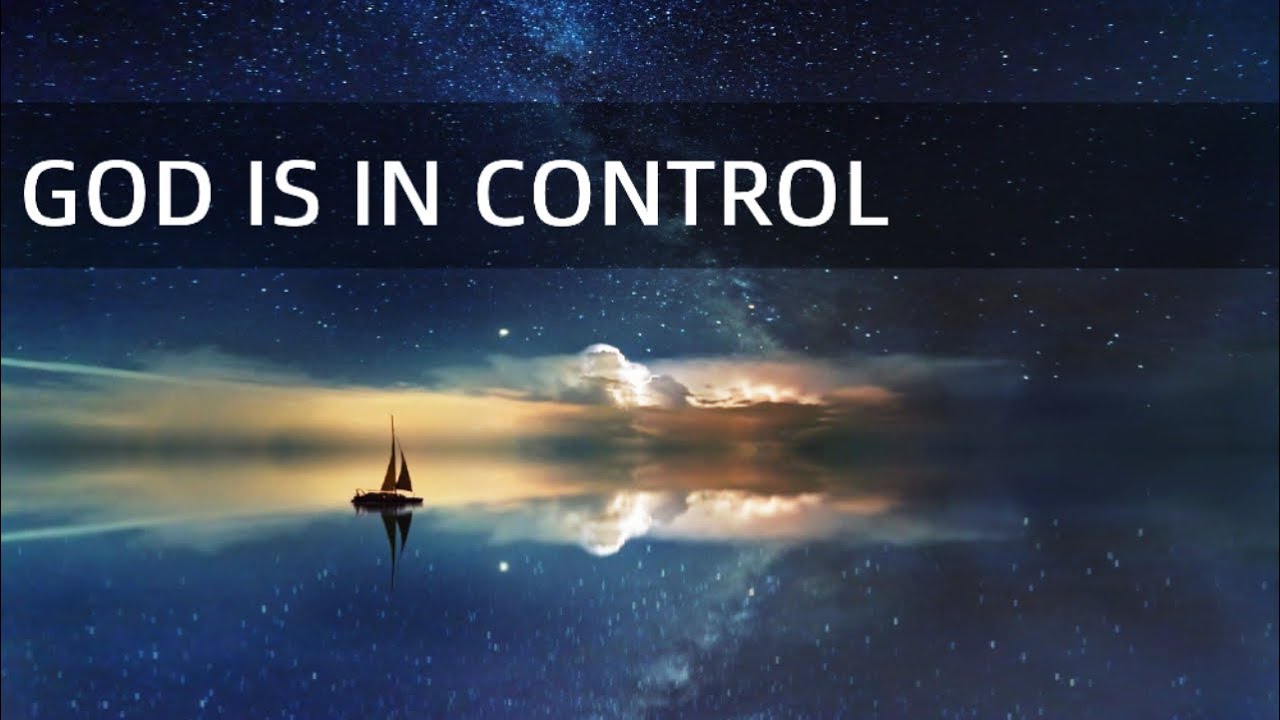 God is in control, he has been for all of human history. I would never argue that point, but have you read history...? I have heard this phrase repeated often in 2020. What exactly does it mean in the context of our current world? Does it mean that God will lead us out of this? That peace and prosperity are in our future if we but pray for it and are faithful in our belief we will receive it?

I do not intend to be insulting, but that sounds a lot like Prosperity Gospel. Tweek it just a bit here and there, change a couple of words and it is Prosperity Gospel entirely. Kenneth Copeland level stuff. I only hear this phrase from my evangelical friends. None of my Catholic friends say this. I disagree with Catholic theology, but they are not wrong about everything!

Why do Catholics look at this so differently than protestant evangelicals? That is a loaded question, there are many reasons. Broadly speaking, I think it all relates to our inherited traditions. Some protestant denominations encourage a faith and reason tradition and learning more than others. Certainly, not all Catholics read history and the classics. However, in general, and broadly speaking their tradition does. Perhaps I have oversimplified it, maybe the cause I see is all wrong - but in my observation, there is a difference, protestant evangelicals say this, Catholics do not.

Maybe it is because we protestants do not have a living memory of oppression. Catholics in America know a little bit more of that, perhaps not them personally, but there is a collective memory in their tradition of not being accepted universally. Maybe they spend more time in the Old Testament than some evangelicals. I do not know.

I have lost friends this year because I have become dogmatic in certain areas. I believe the small errors we have accepted and embrace need to now be removed. We are headed for hard-times I think, real oppression and real ostracization (Rod Dreher called this our 8:20 moment this week). But I hear "God is in Control". Yes, he is, but what do you mean by that?

Solid old Christian ladies die painful deaths to cancer. Young children die to leukemia. Faithful Christians are murdered in the middle-east. Christian fathers lose their jobs and can not feed their families. If by "God is in Control" we mean all that bad stuff will not happen to us - then we mean we just need to name it and claim it and everything will be ok. Why then does it happen to other Christians?

God is in control cannot mean what people imply when they say it to shut down conversation about the state of our world. There is no conceivable reason that America should be shown any additional favor or protection. We are in many ways as bad as Sodom and Gomorrah. We murder thousands of babies a year.

God may have a plan that leads us out of this, but there is nothing Biblical or historical to indicate that he will our should. If he does it is because we have a purpose to serve, not because we have been faithful.

Uttering this phrase is almost heretical at this point. It tells people not to tighten their belts and do the things required to shape our own future.  If people listen to you, if you have authority, maybe you need to reconsider how and when you use this phrase. Throughout history, in times of great trouble and crisis, men of God stood in pulpits and preached fiery words of action. Not words that agreed with the world, real and hard truth. Telling people to "not worry and be happy" is not helpful. Preaching that this is all just a phase and God is in control is an error. It is almost as damnable as preaching that Christians should be following the ideas of the world right now.

We live in a transcendent metaphysical reality but we are also part of the material world. Just throwing it all on God was never part of His plan. We have work to do.

One thought on “God is in Control”